This swirled purple Blueberry Cheesecake Ice Cream is creamy, lightly sweet, and bursting with blueberry cheesecake flavor! You won’t be able to stop at one taste! 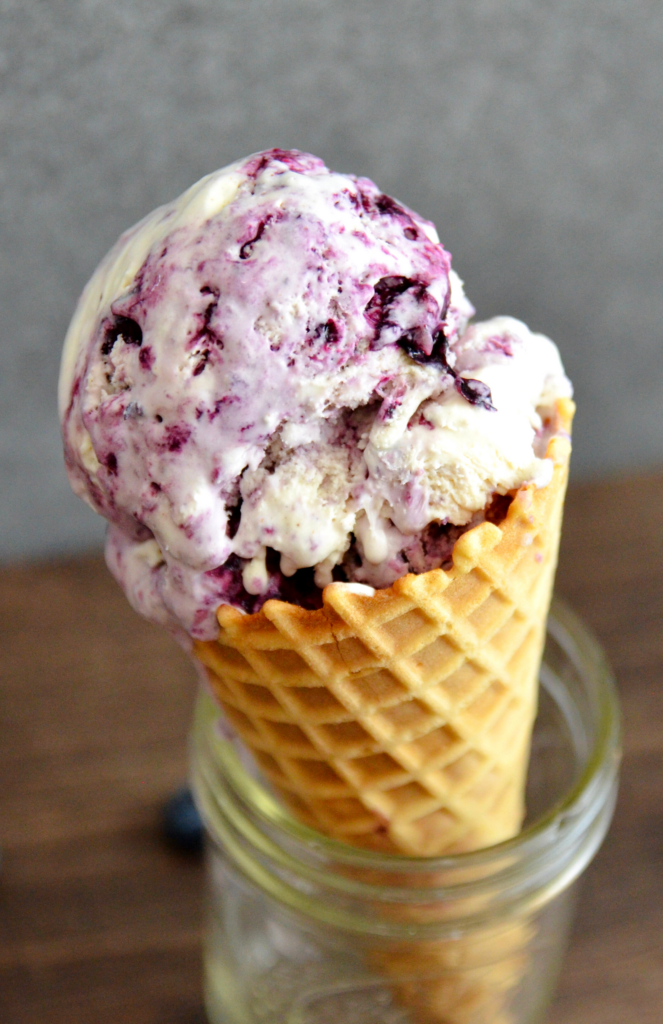 When we first tested this recipe, we couldn’t stop eating it! Like no joke. IT. IS. THAT. GOOD. It was gone very quickly! There’s something special about making ice cream at home! It’s the best! 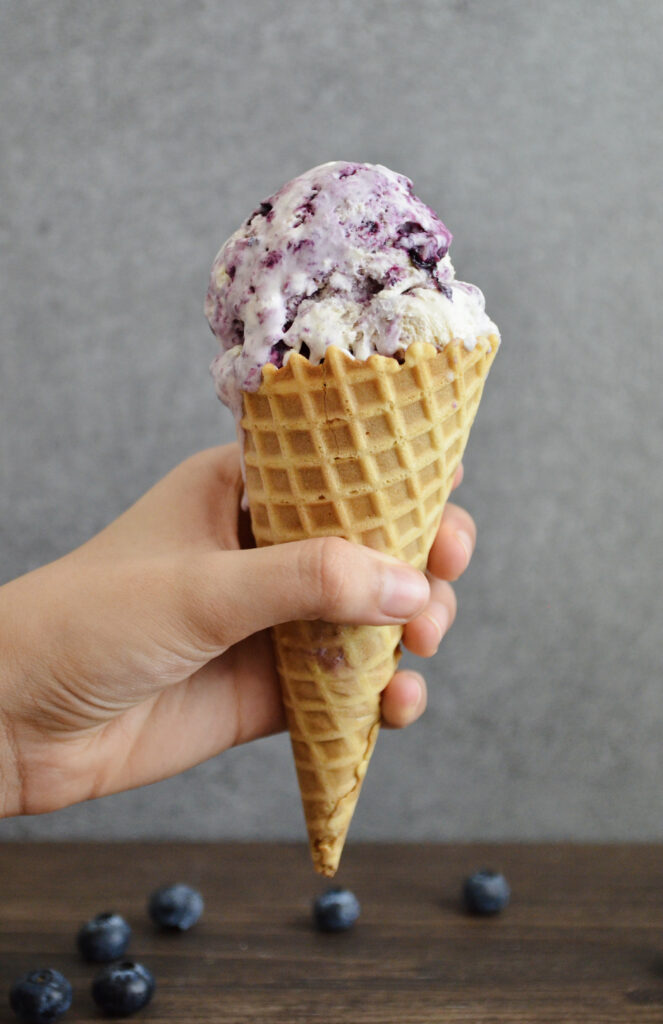 And can we talk about how pretty this is?! The purple swirls are gorgeous! This ice cream is just perfection! Like everything about it! One big difference that is pretty notable is the brown sugar and cinnamon! They add a great flavor! It’s kinda like when you know something is in it, but you don’t know what! 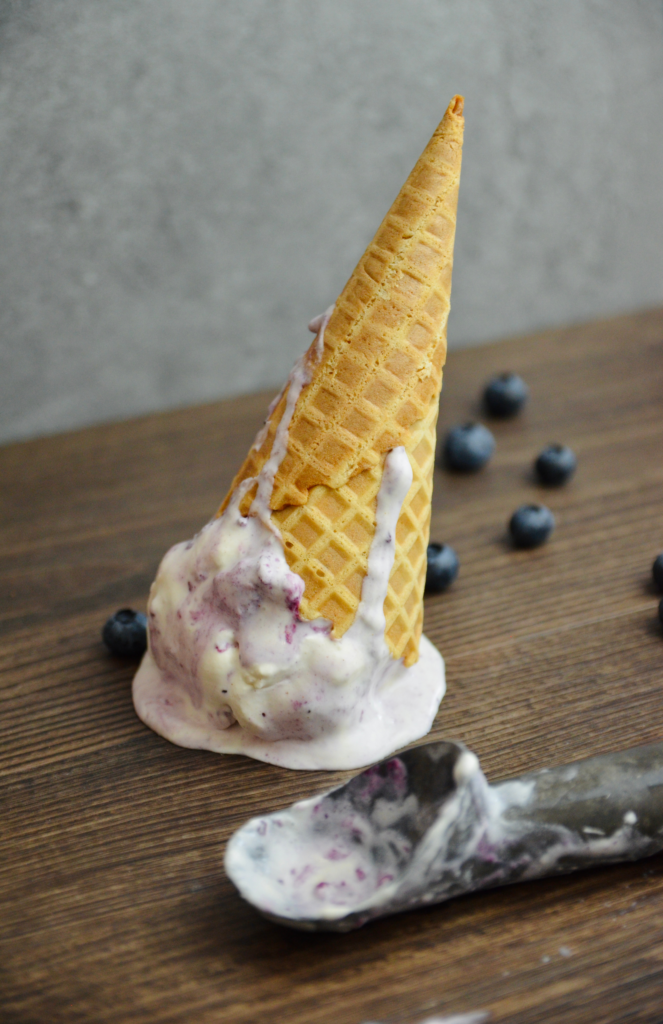 This was probably one of the most fun things to photograph too! The purple color is just too cute, and well, ice cream is always fun! 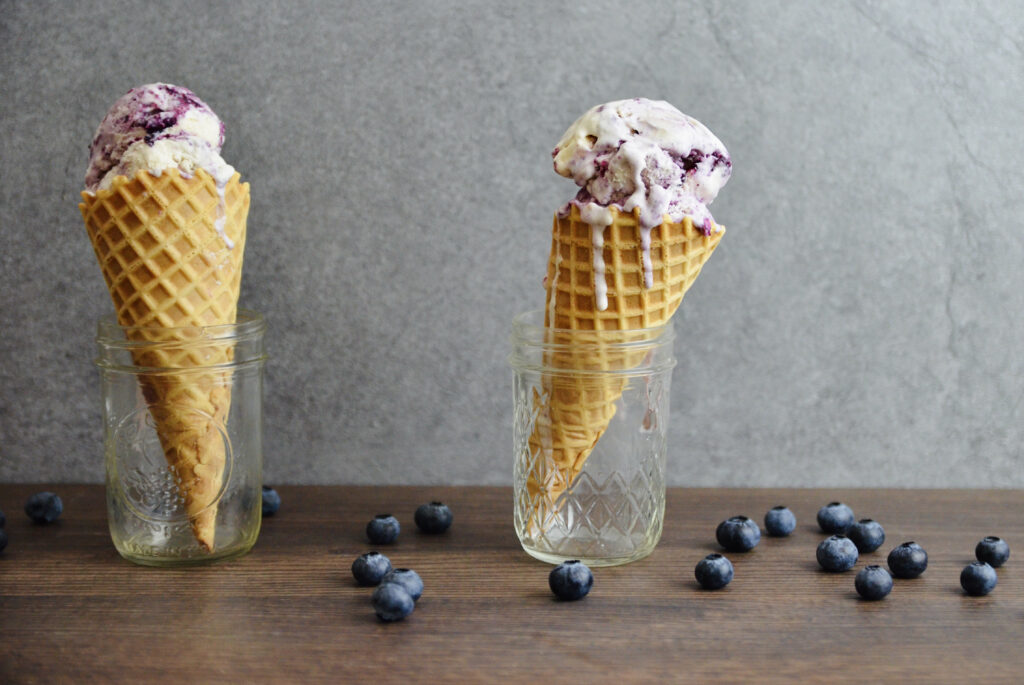 It tastes like the best New York cheesecake, with sweet bursting blueberries, in ice cream form! The crust flavor comes from the brown sugar and cinnamon. This ice cream is dessert goals! 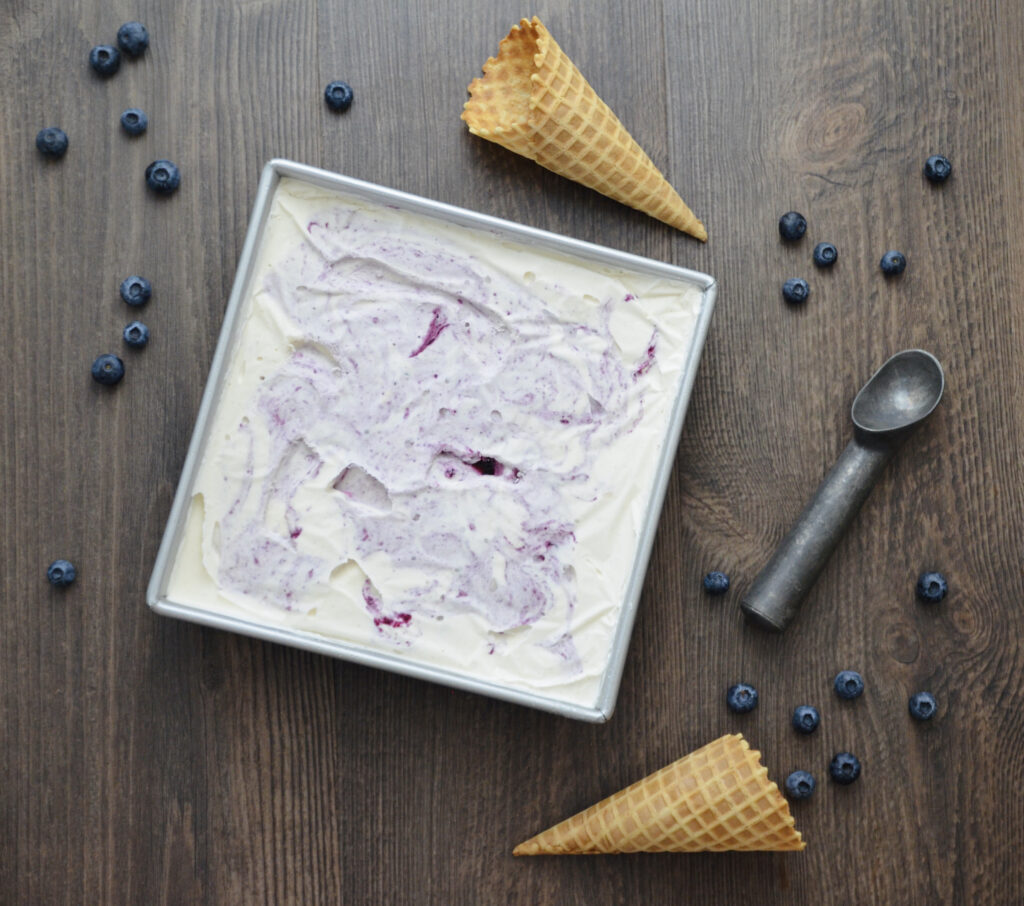 For the Blueberry Sauce:

For the Ice Cream Base:

1. In a small saucepan, add in 1/4 cup granulated sugar, and 1 Tbsp. cornstarch and 1/3 cup water. Stir until dissolved.

2. Now add in 1 1/2 cups of fresh or frozen blueberries, and 2 tsp. lemon juice. Bring mixture to a low boil over medium heat, stirring occasionally. After about 5 minutes, the berry mixture should be thick, and some of the berries should burst. Mash the berries with a fork. Set aside and let cool for about 30 minutes in the refrigerator.

3. While the blueberry mixture is cooling, whisk together 2 cups of heavy whipping cream, 1 cup of whole milk, and 1 tsp. vanilla, in a large measuring cup. Set aside.

4. Whip the cream cheese in a large bowl with a hand mixer until fluffy. Then add in 2/3 cup brown sugar, 1/4 tsp. cinnamon, and a pinch of salt. Cream until combined.

5. Cut the other 4 oz. of cream cheese into cubes. Set aside.

6. To the cream cheese mixture, pour in the heavy cream mixture and beat just until combined.

7. In an ice cream machine, churn the ice cream mixture according to the manufacturer’s instructions. At the last minute of churning, add in 4 oz. of cubed cream cheese, and let that mix in.

9. Next, add the chilled blueberry mixture into the ice cream base and swirl it in.

10. Then cover ice cream, and let it freeze for at least 6 hours or overnight.

Welcome to Our Blog!

We are Aubrey and Tara, the sisters behind the blog! On this blog, you’ll find easy, family favorite recipes of ours that you’ll love! Enjoy browsing through our recipes!